By Department of Life Coaching 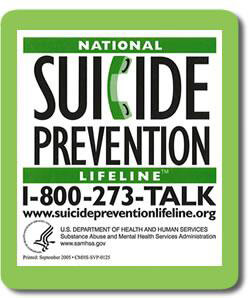 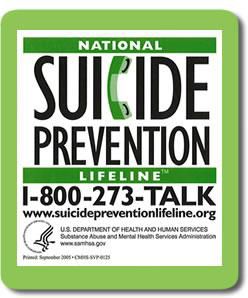 If you or someone you know is struggling with suicidal thoughts or urges, seek help immediately. Support is just a free phone call away at the National Suicide Prevention Lifeline, 24 hours a day/7 days a week: (800) 273-8255. Para obtener asistencia en español durante las 24 horas, llame al (888) 628-9454.

National Suicide Prevention Week is September 8–14, 2013. In this thought-provoking article, OPI’s Director of Life Coaching Services, Will Owens, MA, explains the dangerous effects of not speaking more openly about this uncomfortable topic.

If the subject of death is often thought of as taboo, then the topic of suicide may be the grand dame of all things forbidden. It’s something that we don’t talk about, much less in such a public forum. It’s too uncomfortable. It’s too triggering. It’s, well … verboten.

And it’s understandable that we are silent on this issue.

For those of us who have wrestled with suicide, the shame, the fear, the pain, the stigma keep us silent. And the belief that “they” will never understand our pain.

For those of us whose lives have been impacted by the tragedy of suicide, it’s a complicated and painful issue. It’s hard enough to sort out our feelings on the matter, much less communicate them to others.  We stay silent because we believe that “others” will never understand our pain.

For those of us who are removed from the issue, suicide is something alien to us. We sympathize. We can shake our heads in dismay. But ultimately, suicide is an aberration to us. It’s something that happens to other people. Not us. Not our friends. Not our families. We stay silent because we don’t understand their pain.

And then there are those whom we have lost to the tragedy of suicide — their voices are forever silent. We will never have the chance to understand their pain.

And in this silence, the epidemic of suicide runs rampant.

Suicide is currently the 10th leading cause of death in America. It is the 3rd leading cause of death among 15-24 year olds,1 and there has been a nearly 30% increase in the rate of suicide among 35-64 year olds.2 After being on the decline for almost a decade, the national rate of suicide has been on a steady increase ever since the year 2000. This year, more people will die by suicide than from motor vehicle accidents or homicides … but you won’t hear about suicide in the news.

I encourage you to watch the next broadcast of your local news station. In the local crime report, you will most likely hear about the most recent incidences of neighborhood violence.

Your local news will most certainly provide comprehensive reporting on the local traffic—including “on-the-scene” coverage of the latest accident blocking the freeway. And many broadcasts will report on this every 10-15 minutes.

Consider these facts the next time they run the traffic report.

I’m not suggesting that the above news items are insignificant or inappropriate. Quite the contrary—these are matters of public interest, reflecting the fact that we have a right and responsibility to stay informed about the things that affects us as a society.

The Center for Disease Control and Prevention recognizes suicide as a “serious public health concern that can have lasting harmful effects on individuals, families and communities.”6

Yet, in watching the evening news, one gets the impression that suicide is a rare event that only impacts celebrities. Make no mistake about it: suicide affects us all.

Every day 105 people die by suicide. The most conservative of estimates have someone attempting suicide every 32 seconds. This translates to nearly one million attempts at suicide per year.7

We are talking about our sisters. Our brothers. Our sons and daughters. Our husbands and wives. Our fathers and mothers. Our friends. Our neighbors. Our coworkers.

We are talking about us.

We can no longer afford to allow this epidemic run rampant in the shadows of our discomfort. The threat of suicide is sustained by our silence. We must have the courage and compassion to shine the light on a plight that threatens lives over a million times every single year.

And if you find yourself in crisis—regardless of whether or not you are thinking of killing yourself—get help immediately. Don’t wait. Help and hope is just a phone call away 24 hours a day/7 days a week: (800) 273-TALK (8255).

Surviving and Thriving After a Suicide Attempt
A personal account of one man’s darkest moment and how he is using his story to inspire hope and understanding in others.

American Association of Suicidology
The AAS is a membership organization for all those involved in suicide prevention and intervention, or touched by suicide. Promotes prevention through research, education, training, the development of standards and resources, and survivor support services.

Suicide Facts at a Glance – Federal Centers for Disease Control and Prevention
A 2-page printable fact sheet providing some of the latest facts and statistics about suicide.

2014 is under way and off to an exciting start at OPI Living. After the…