Click Here to Learn How OPI is Directing the COVID-19 Response.
The Reasons Why More Young Adults Are living With Their Parents - OPI Residential Treatment Center for Young Adults - Private Pay Mental Health Program
Contact Us: 866.661.3982 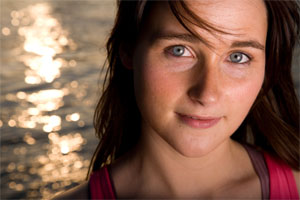 While it is the opinion of many — mostly from older generations — that today’s youth are lazy and unappreciative of their parents’ generosity, failure to launch syndrome is a real problem that needs to be treated as such. The Greater Good at the University of California, Berkeley states that those born after 1978 are widely considered to be flaky and lacking commitment to their work while also behaving as though they’re entitled to bigger paychecks, more vacation, and a quicker and smoother trip up the workplace ladder.

Simply put, some who’ve failed to launch moved back home because they couldn’t cover their bills or lost their way. Of those, some get too comfortable and never leave. In most cases, there is no cut and dry reason why any one person develops failure to launch syndrome. Generally, it is a melting pot of both psychological and environmental factors.

In recent years, the decline of the economy has had a significant impact on the number of jobs available to young workers. The U.S. Census Bureau reported on a Pew Research study accounting for one in 10 young adults returning to their parents’ home in 2009 due to the recession. Forbes reported in 2012 that the number of young adults in the workforce was at its lowest since the 1950s. According to Market Watch, failure to launch scenarios are more common with males, at 40 percent, than females at 32 percent. It is possible that this is due in part to women gaining a lot of territory in the job market since surpassing men with their postsecondary educations in the 1990s, per Georgetown University.

Apart from illness and the state of the economy, today’s young adults do appear to have a different view of what their world should be like in comparison to generations gone by. Time Magazine reported on a Cisco survey that accounted for over 50 percent of respondents saying access to social media sites like Facebook while at work was more important to them than a higher salary and may even be cause enough for turning down a job offer. These points of view often add to the distaste some older generations have toward today’s youth, viewing them as unmotivated and seriously lacking work ethic.

For some sufferers of failure to launch syndrome, other health problems are at play. Many are struggling with underlying disorders, such as:

Forbes reported that the lifestyle of Gen-Y kids is merely a product of the times and mostly to blame on how easy technology has made it for these young people to forego having to actually leave their homes to connect with others or share experiences. In essence, technology and social media have taken the effort out of life and given everyone the ability to access whatever they want within moments. Can we say instant gratification?

Successful treatment programs are vital to the success of these patients. There is no point at all in trying to remedy the effects of failure to launch when far larger disorders are at work, causing the young adult to feel unstable. Attempting to get an addicted or mentally ill person to successfully be independent and pursue a secure lifestyle will only serve to disappoint everyone involved when they fail. Our courteous staff members at the Optimum Performance Institute make us a leader in inpatient treatment to address these issues. Call today to learn how we can help you leave the nest.

Speaking with candor and eloquence, A.M. describes how she overcame Failure to Launch Syndrome by…