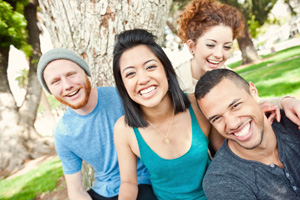 BPD, borderline personality disorder, has a sorted history at best. It was not an official diagnosable disorder until 1980 when it was included in the Diagnostic and Statistical Manual for Mental Disorders, Third Edition (DSM-III) for the first time. BPD had, of course, been around and affecting people long before 1980.

Here is a rough timeline for the progression of borderline personality disorder as an actual diagnosis:

Most medical professionals agree that borderline personality disorder is not an accurate name for the disorder that affects moods, emotions, and relationships; however, no other name currently exists. BPD was first thought of as not as its own disorder but rather as a milder or bordering form of schizophrenia or other neuroses. This may be in part due to the fact that BPD so commonly overlaps with other psychiatric disorders. In fact, Frontiers in Human Neuroscience postulates that of those diagnosed with BPD, 85 percent have a co-occurring disorder. Symptoms of BPD are wide-ranging, and they can vary greatly on a case-by-case basis, further complicating diagnosis.

Before BPD was fully recognized as its own separate disorder, many thought of it as a kind of catchall for people who didn’t fall into the set categories for other disorders. It served as the middle ground between those thought of as truly sick and those considered healthy. BPD sufferers were often thought of as having an atypical form of a different disorder, including anxiety disorder, bipolar disorder, depression, or schizophrenia. BPD was originally thought to exist on the borders between neurotic and psychotic behavior. Even after it was defined, BPD carried some negative stigmas about being untreatable, and people diagnosed with BPD were even sometimes referred to as evil or bad. Many myths still exist today on BPD and its treatment.

Research continues to shed light on possible causes and further treatments of BPD. The more science uncovers, the more positive the outcome for those suffering from BPD becomes. OPI remains on the cutting-edge of new research and works to provide each individual with a specialized treatment plan that suits his or her needs. Contact us today for more information on our treatment offerings.