Click Here to Learn How OPI is Directing the COVID-19 Response.
BPD Medication: What Medications Are Available for Treating BPD?
Contact Us: 866.661.3982 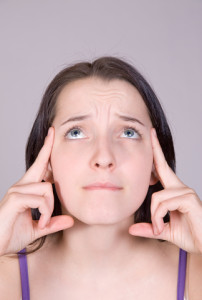 Borderline personality disorder (BPD) is a mental health disorder that affects mood, emotions, and the ability to sustain relationships. Researchers believe that brain chemistry is likely affected in those suffering from BPD, with certain areas being more active and others being underdeveloped. So what BPD medications are available for treating borderline personality disorder?

Most medications for mental health disorders work to stimulate certain areas of the brain, suppressing others, and can be helpful in treating these mental health issues. Due to the range of symptoms for borderline personality disorder, there is no “magic pill” or type of medication that is specifically approved to treat all who suffer from BPD.

There are, however, different types of medications that have been effective for some. Those suffering primarily from issues with perception and thought can benefit from an antipsychotic medication that helps deter feelings of paranoia and hallucinations. Mood stabilizers are likely to work best for the symptoms of unstable moods and mood swings.

How Medication Works to Treat BPD

While the FDA has not approved any specific medication to treat BPD as a whole, some medications can be helpful in managing specific bpd symptoms. According to Psych Central, serotonin reuptake inhibitors, or SSRIs, are typically the go-to for treating borderline personality disorder. SSRIs work to alleviate symptoms of anxiety, depression, suicidal behavior, anger and impulsivity. One of the most common SSRIs is Prozac which is an antidepressant.

NAMI suggests that medications like valproate may help to control impulsive actions, naltrexone is likely to deter self-injurious behavior, while omega-3 fatty acids can work to stabilize moods. Olanzapine, which is not a typical antipsychotic, has also worked in some cases to minimize symptoms of borderline personality disorder.

Many who suffer from BPD are also diagnosed with an additional mental health disorder, making treatment that much more delicate. What works for one disorder may be counterproductive in another. Here are some of the common co-occurring disorders, and their percentage of frequency, that are comorbid with borderline personality disorder in their lifetime, as reported by the Psychiatric Times:

It is important to have the correct diagnosis so that treatment can be tailored to fit the specific needs of each individual.

Magnetic resonance imaging (MRIs) done on people diagnosed with BPD show that certain areas of the brain seem to be affected similarly on different patients as reported by NHS. For example, the amygdala, which is responsible for emotional responses, seems to be overactive while the prefrontal cortex, which works to help regulate emotions, is likely underdeveloped. Brain chemicals like specific neurotransmitters that assist in regulating mood, sleep, and learning may also be affected in someone who suffers from BPD.

Those suffering from BPD symptoms may experience intense mood swings, anxiety, feelings of emptiness, impulsivity, and inappropriate bouts of anger. Feelings and emotions are largely regulated by the brain, which can be enhanced by medication. Some of the different types of medications used to treat BPD are:

These medications are specific to treating certain symptoms of BPD, such as trouble sleeping or anxiety, and are usually coupled with psychotherapy in order for treatment to truly be effective.

Medication can be a useful tool to help someone suffering from BPD to manage his or her symptoms. Since borderline personality disorder can present differently in each individual, symptoms may vary person to person. A medical health professional will need to evaluate which symptoms are present and research the individual’s personal biology to determine which medication is best for each separate case and set of symptoms.

Sufferers of BPD are prone to psychotic episodes and paranoid thinking or behavior. Antipsychotic medications can work to stabilize these feelings by affecting chemicals in the brain responsible for mood and emotions, like dopamine and serotonin. Mood stabilizers work in similar ways to regulate moods by enhancing the brain’s neurotransmitters. Anti-anxiety and antidepressant medications work on brain chemicals to help control specific symptoms of the disorder, including overwhelming loneliness and self-harming thoughts or behavior. Omega-3 fatty acids – like those found in fish oil – have shown some success in helping to manage the mood fluctuations indicative of BPD.

Some of the names of medications that may be used to treat different symptoms of BPD include:

How Effective are BPD Medications?

No one medication has proved to work all of the time on every case of BPD. In fact, RC Psych College publishes that 75 percent of those diagnosed with BPD also received poly-pharmacy or the use of multiple medications. Antipsychotic medications seem to be the ones used most commonly to treat symptoms of BPD, and they seem to be most effective in higher doses.

Each case of borderline personality disorder is unique, however, and while the use of medication can be an effective intervention or treatment tool, it isn’t a cure. Studies that have been performed on the efficiency of medication on BPD are inconclusive and highly variable.

Medication can be a useful tool for stabilizing mood, preventing suicidal behavior, dampening impulsivity and anxiety, treating depression, and managing many other symptoms of borderline personality disorder. Some cases of BPD are more likely to benefit from different forms of treatment.

Dialectical behavior therapy, or DBT, is a form of therapy that seems to be very effective in the treatment of BPD. It was developed by Marsha Linehan and is a hybrid of traditional cognitive behavioral therapy and skills-based training that works to teach validation and mindfulness.

DBT usually works as an outpatient treatment in which sufferers of BPD are taught life skills and how to cope with their raging emotions. Individual and group therapy play a role, and therapists are typically available by phone as needed. Families are encouraged to participate also since family support is vital to recovery. This form of treatment is not necessarily used instead of medication, however, but often used in addition to it.

BPD Medication in Conjunction With Treatment

A combination of medication and proper treatment is likely the best option in most cases of borderline personality disorder. While medication can work to soothe the intense symptoms as they occur, they address symptoms on a short-term basis and are not intended for long-term use. Medications alone will not work to treat borderline personality disorder; instead, it must be coupled with treatment.

Treatments, programs and therapies that work to teach those who suffer from BPD how to manage their symptoms in a healthy way are essential. Some will benefit from inpatient care, while others will be better served on an outpatient basis. All who learn what their triggers are, or the events, memories or situations that lead to BPD episodes, will be more successful in managing their disorder. Treatment for borderline personality disorder is very individualized, and a mental health professional is best suited to decide on the right course of treatment for the individual.

Borderline personality disorder often co-occurs with other disorders. If it does coexist with another condition, it is important to treat both issues simultaneously. In fact, F1000 Prime reports that sufferers of BPD also suffer from an anxiety disorder as much as 90 percent of the time. Medication is not a cure for BPD but can be a useful tool when used along with psychotherapy and other forms of BPD treatment.

Here at OPI, we can help develop a plan that treats the entire person and not just the BPD. Contact us today for more information on how we can help you or your loved one get on the path to a healthier, more balanced life.

Learn about the 5 common BPD patterns that ruin relationships, and what you can do to stop the cycle.

For the next 5 days, you will receive an email that will help you to learn how to stop the cycle.