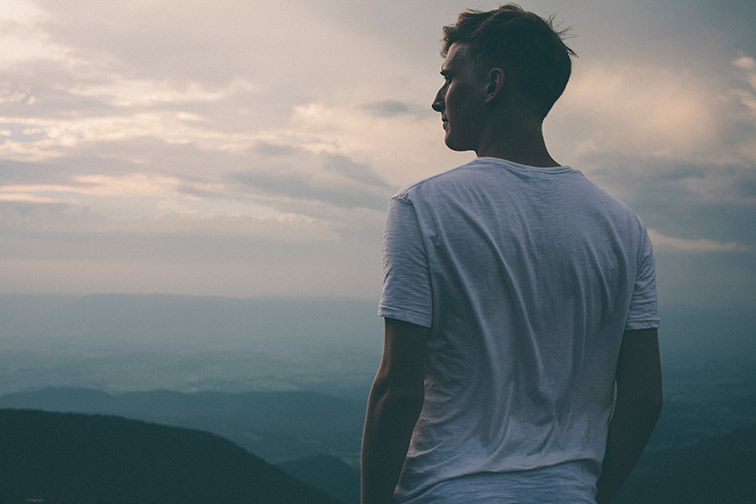 The challenge in life for all of us is to appreciate that happiness is found in imperfection, not perfection. For young adults in our Optimum Performance Institute community, this means learning to appreciate the complexity of life and deal with imperfections in themselves, others and the world.

Our participants learn to take their best shot – skillful actions based on, “trust in themselves,” that things can work out versus fearing loss of control and subsequent catastrophe if a perfect outcome is not achieved.

Only then can they begin to re-experience a passion for life and for their education, relationships, the community around them and their developing careers.

Recently I sat in the second row at the small Elephant Theater during the Hollywood Fringe Film Festival where I watched as former OPI participant Ben Moroski dealt with his imperfections passionately, without the slightest reserve, recounting his heart-wrenching experiences as a young man obsessed with cutting and burning himself secondary to his diagnosis of Borderline Personality Disorder (BPD).

During the autobiographical performance titled, “This Vicious Minute,” I followed him through a journey filled with shame and confusion, denials that he cut and burned himself, followed by futile attempts to stop the self-harm. My tears came and went. I laughed out loud. Standing in a spotlight on a blackened stage with only a wooden chair as a prop, he described how his cutting affected loving family members and peers. He spoke of experiences with psychiatrists and therapeutic programs culminating with OPI’s Intensive program for BPD.

He was doing more than turning those painful moments into enlightenment for the rest of us. Though his play, with lazer-like accuracy, Ben focused us all on something we are finally recognizing: More young men suffer from BPD, alone and undiagnosed, than we realize.

According to Randi Kreger, co-author of the popular book about Borderline Personality Disorder, “Walking on Eggshells,” clinician bias is one of the reasons why this is true.

“One study found that when 52 professionals from a mental health agency in California assessed patient vignettes, they were unable to accurately diagnose male BPD – even though the symptoms were identical to those in vignettes of (BPD) females,” she shared in an article she wrote that published in 2011 in an issue of Psychology Today.

Another reason, she states, is that “men are socialized not to expose their fear of abandonment or other emotional vulnerabilities, hallmarks of BPD. They are supposed to be macho and fearless.”

She quoted Rex Cowdry, MD, former acting deputy director of the National Institute of Health in her article: “A hallmark trait of BPD, the inability to manage inner feelings, is just as present in the male population, but is often exhibited in spousal abuse or other violent acts rather than the self-directed anger more often seen in women.”

Therapist Andrea Brandt told Kreger, “When women are angry they are classified as irrational, frenzied or too emotional. (But) men’s anger is sometimes recognized as strength and aggressiveness.”

Men and women with BPD or Borderline Traits may make suicide threats or cut themselves. Both men and women suffering from BPD must learn to use their Dialectical Behavior Therapy (DBT) and Mindfulness skills to deal with their fears and anxieties. Sufferers must work with their therapists to understand their psychological defenses against anxiety and the limitations in order to see how very limiting they actually are.

Every participant is unique, however, and there is certainly not a typical male or female with BPD.

Breaking the cycle of alienation and suffering, for those with BPD as well as their families, means gaining a greater understanding and appreciation of how the young adult sees the world.

Ultimately, we must move beyond diagnoses and evidenced-based treatments to understand the complex individual and help them grow, find peace, joy and meaning in their lives so they can continue to move forward.

We must move beyond DBT to find joy and peace – that source of our own individual creativity – that we can express and share with others. It is this connection with joy that breaks the cycle of internal and external alienation because it is here, in these moments, where we create bridges of engagement to our creative selves and the world.

For most, it truly takes a supportive village to help motivate and support a person who is on this journey: A village composed of peers, therapists and individuals who are all engaged in finding this same journey of joy and peace in this lifetime.

This approach that we follow allows our participants to get out into the world, try new things and be creative, gain the needed confidence to trust in their abilities and find some joy and success in their lives.

It is here in this process where participants begin to re-acquaint themselves with the consciousness and energy we all had when we were children – taking things slowly and incrementally as, for instance, when we learned to walk: Falling, getting up and trying again without judgment. Through this process, we slowly re-familiarize ourselves with the awareness and capability that allowed us to achieve the monumental developmental gains we all made as children.

During this process, we can transform fear and suffer into hope and ultimately joy. We learn that there are no perfect decisions, just optimal decisions based on the reality of the present moment.

A realization forms around the simple truth that we only can do the best that we can.

Through his own realizations and the support of the OPI community, Ben Moroski was able to experience moments of joy and explore creative expression, which allowed him to build on and reach a goal he had outlined in one of OPI’s Action Workshops, gain the needed self-esteem from the accomplishment and carry that joy into what he is now doing with his performances of, “This Vicious Minute,” a one-man play that is already receiving awards and accolades.

He gave us his very best at that performance and continues to inspire all of us here at OPI. Thanks, Ben.